Why is anxiety so unhelpful during childbirth? 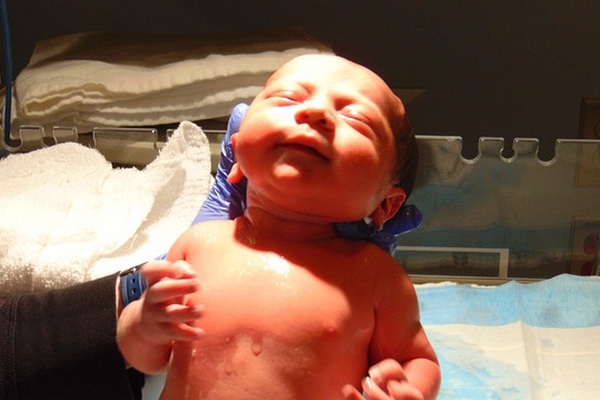 When an expectant mother is anticipating discomfort during the birth process, stressor hormones such as adrenaline, epinephrine or norepinephrine are released. These will be travelling around her body in large amounts prior to and during labour. On a subconscious level she is expecting discomfort.

If she cannot flee or flight then her only other means of defence is to freeze. Blood is then channelled away from her uterus (as it’s obviously not used for defence) and the arteries surrounding the uterus are subjected to a restricted flow of blood and oxygen. Instead of the usual relaxed, easy flowing movement of the muscles around the uterus, the lack of blood and oxygen will result in shortened, tighter muscles in the areas most essential to the progress of the birth i.e. the muscles used to thin and open the cervix.

These muscles criss-cross the outer and inner uterus walls, the lowest ones responsible for stretching and widening the cervix, the opening through which the baby will descend; the uppermost being responsible for a downward pressure on the baby’s bottom, which in turn presses down on the cervix as a means to further thin and widen, to aid the birth process. Starved of sufficient oxygen, those muscles are under-performing, slowing the birth process and adding to the level of discomfort due to their inefficiency.

It makes sense then to suppose that in a situation where the mother is relaxed and looking forward to the birth, there will be more synergy between the muscles and the birth process will become faster, easier and will result in a significant reduction in discomfort.

By being relaxed during childbirth, the body responds in a very different way to the fear scenario described above. When we are relaxed, our breathing is even and rhythmical; ensuring a high level of oxygen is entering our bloodstream. This oxygen goes through to the baby, ensuring he/she remains calm and stable.  Increased oxygen stimulates the production of Oxytocin (the hormone responsible for birthing waves) and endorphins. Blood pressure remains at healthy level; and as the body is limp and relaxed the mother is able to conserve her energy; with all excess energy being channelled through to the muscle that is really working hard, namely the uterus. As the uterus has no resistance or tension from surrounding muscles, the contractions are more effective and more comfortable. As childbirth progresses unhindered by artificial hormones, other natural hormones kick in to aid relaxation, which allows the cells of the birth canal to relax, soften and stretch, so making the baby’s descent easier.

If you are local to Milton Keynes and are expecting a baby and want to be calm and feel in control during labour, read details on my website about Hypno-Birthing. www.hypno4childbirth.co.uk

April 4, 2011 | Comments Off on Why is anxiety so unhelpful during childbirth?

Book your free no obligation consultation.